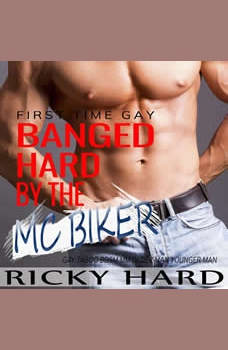 When his new motorbike develops a problem only a week after he bought it, Alex takes it in to a garage. He explains he doesn’t have the money for any repairs to be carried out right away, but wants to find out what the problem is.

The grizzled old MC biker who owns the place offers him a deal though...one night together as payment for his bike being fixed. It seems a way to get his bike running properly again, so he agrees. That puts him in the hands of a rough older man who takes full advantage of some fresh young meat to tie up and play with.

This story contains sex scenes and is suitable for adults only. All characters are fictional and are 18 years or older.