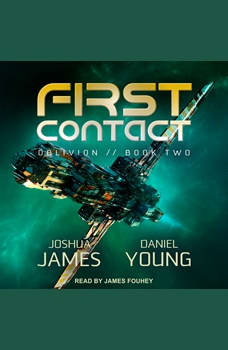 A sinister new alien foe has emerged. When Ben Saito goes searching for his father and the fate of the powerful starship sent on a mission to secure peace with Earth's colonies, he finds more questions than answers. It's clear that at least some of the starship and her crew survived, but where have they gone? Colony forces soon arrive, asking their own questions, and they don't care for Earthers snooping around. At first, they suspects an Earth trap. But they soon find evidence to implicate something new and disturbing that could alter the future of all the colony worlds. Meanwhile, the survivors are desperately clinging to life as a powerful alien force begins to assimilate them with the help of their human enablers. They must survive, or the truth of what happened will die with them.