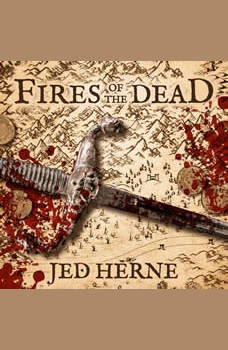 Fires of the Dead: A Fantasy Novella

Wisp is a pyromancer: a magician who draws energy from fires to make his own flames. He’s also a criminal, one job away from retirement. And it can’t come bloody soon enough.

Leading his misfit crew, Wisp ventures into a charred and barren forest to find a relic that could change the realm forever. But they aren’t the only ones on the hunt, and the forest isn’t as barren as it seems …

A bloodthirsty magician with a lust for power

A brutish fighter who’s smarter than he looks

A young thief desperate to prove herself

A cowardly navigator with secrets that won’t stay buried

Together, they must survive fights, fires, and folk tales that prove disturbingly real – if they don’t kill each other first.

Fires of the Dead is a dark fantasy novella with a unique magic system, perfect for Joe Abercrombie or Brandon Sanderson fans wanting a fast-paced read.