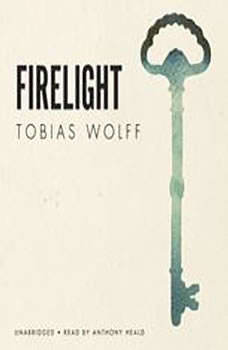 A mother and her son dream of a life beyond their means in this classic short story by Tobias Wolff. "Firelight" tells the story of a mother and her son who are spending the afternoon viewing apartments on a chilly day in Seattle, Washington. The two have no intention of renting one-they can only afford to live in a meager boarding house. Nevertheless, they spend every Saturday wandering through apartments and department stores, dreaming of a different life. On this particular afternoon, their last stop is a beautiful Victorian home-far beyond anything they could ever afford. And for the first time, wishful thoughts blur with harsh reality as the son becomes entranced by the apartment and the life it represents.