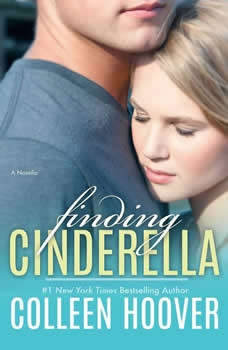 From #1 New York Times bestselling author Colleen Hoover, a novella about the search for happily ever after. This printed edition includes exclusive new material—a new epilogue and an essay written by the author.A chance encounter in the dark leads eighteen-year-old Daniel and the girl who stumbles across him to profess their love for each other. But this love has conditions: they agree it will last only one hour, and it will be only make-believe. When their hour is up and the girl rushes off like Cinderella, Daniel tries to convince himself that what happened between them seemed perfect only because they were pretending it was. Moments like that happen only in fairy tales. One year and one bad relationship later, his disbelief in love-at-first-sight is stripped away the day he meets Six: a girl with a strange name and an even stranger personality. Unfortunately for Daniel, finding true love doesn’t guarantee a happily ever after . . . it only further threatens it. Will an unbearable secret from the past jeopardize Daniel and Six’s only chance at saving each other?

Colleen Hoover is an American author who has been categorized to be in the New Adult and Young Adult contemporary romance genre. Her published novels and novellas have all become a New York Times Best Seller. Her first novel, Slammed, was published in 2012 by Atria Books (a division of Simon and Schuster), Hopeless in 2013 was her first self-published novel. It went on to become one of the bestselling books of 2013.

Her 2015 novel, Confess, won the Goodread's Choice Award for Best Romance. It was also made into a filmed series by Awestruck. Katie Leclerc and Ryan Cooper star in the series. Another novel, Ugly Love, has also been adapted to film. Hoover's newest book is Without Merit, which is described as a contemporary romance.

Colleen Hoover founded The Bookworm Box which allows its subscribers to receive books from authors all over the world. The funds collected generate money for several different charities. The Bookworm Box project has donated more than $850,000 to those in need.