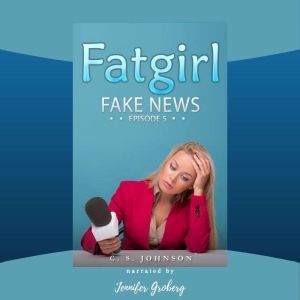 Kallie Grande-White literally can't take this anymore -- even though she has to. As Fatgirl, her city's famous superhero, she's pretty sure she'd die of embarrassment if anyone else knew the truth.

So when local news anchorwoman Gynnifer Stills makes it her ultimate career goal to discover Fatgirl's real identity -- recruiting the unwitting help of some former Alterants, including Blake Turner -- Kallie is faced with overwhelming pressure, especially as AB doesn't offer much help, and even Zeus seems distracted ...

Can Kallie learn to manage her stress, or will she give into the pressure of all the lies she faces?

There are no greater lies than the ones we tell ourselves …

Perfect for anyone who's ever been disappointed by others and has a hard time believing in anything, even maybe themselves.