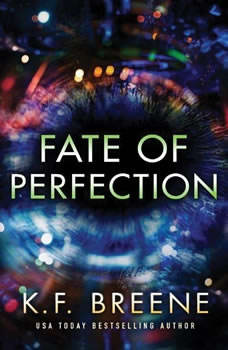 In a corporate-controlled future where the ruling conglomerates genetically engineer their employees, Millicent Foster is the best of the best.Physically perfect and exceptionally intelligent, Millicent is granted the uncommon privilege of breeding. But her daughter inherits more than superior genetics…little Marie has a rare ability that the world has never seen, and her conglomerate, Moxidone, will stop at nothing to have sole possession of the child.Teamed with Ryker, the formidable master of security, Millicent must risk everything in a life-and-death struggle to tear her daughter away from the ruling force who wants to own them all. The odds are stacked against them, but Moxidone will learn that the pursuit of perfection comes at a perilous cost—and that love can’t be bought at any price.