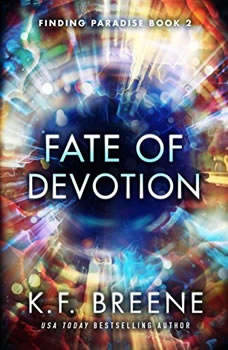 After rescuing their daughter, Marie, from corporate-controlled Earth, Millicent and Ryker thought they were safe on their off-world paradise. They were wrong.Toton, once thought the weakest conglomerate, is now dominating ruined Earth with a sinister new technology. By harvesting minds for use in their supercomputers, they’re enslaving the best and brightest humans to further their agenda. Millie and Ryker know that it’s just a matter of time before Toton realizes the biggest prize—Marie’s “gifted” mind—is merely a rocket ride away.As the anticorporate Rebel Nation and rival companies alike scramble to thwart Toton’s inhuman machinations, society teeters on the brink. No longer safe, Millie and Ryker must sacrifice their hard-won freedom to return home and stand with the burgeoning revolution—outmanned, outgunned, and aided only by a most unexpected ally on the inside: Millie’s nemesis and estranged sister, Danissa.But can a family’s love survive greed gone mad in a world that measures human life on a balance sheet?