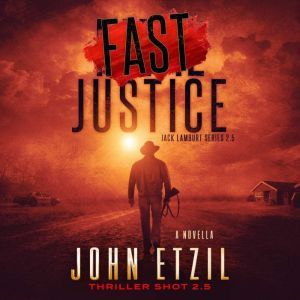 A small-town sheriff is about to discover some shocking details about his girlfriend’s past....

Jack Lamburt’s looking forward to a relaxing night at home after a long day of sheriffing in his sleepy little town, but a cryptic late-night text sends him racing to Debbie’s aid. Will he arrive in time? Lamburt doesn’t take threats to loved ones lightly, and he’s forced to go all-in when he discovers that a cold-blooded tavern owner is responsible for the nightmare that awaits him at Debbie’s house. Now he’s racing against the clock, and he must remove the threat the only way he knows how.... With extreme prejudice.

If you like no-holds-barred justice, then you’ll love Fast Justice, the 20k-word “thriller shot” from an Amazon number-one best-selling author, John Etzil.