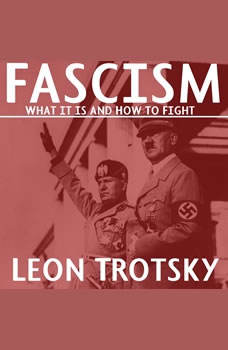 Fascism: What It Is and How to Fight It

Writing in the heat of struggle against the rise of fascism in Germany, France, and Spain in the 1930s, communist leader Leon Trotsky examines the class origins and character of fascist movements. Building on foundations laid by the Communist International in Lenin's time, Trotsky advances a working-class strategy to combat and defeat this malignant danger.

What is fascism? Is it revolutionary? Or is it reactionary? Can it be both? Fascism is notoriously hard to define. How do we make sense of an ideology that appeals to streetfighters and intellectuals alike? That is overtly macho in style, yet attra...

How to Be a Fascist
by Michela Murgia

The first and only guide to turning your 21st century democracy into a fascist paradise.Democracy is difficult, flawed and unstable. It involves barely distinguishable political parties taking part in lengthy, overcomplicated and expensive decision-...