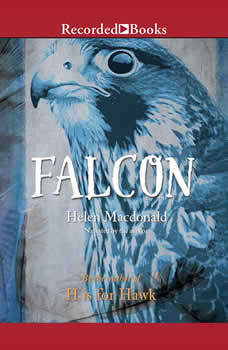 Before best-selling author Helen Macdonald told the story of the goshawk in H Is for Hawk, she told the story of the falcon, in a cultural history of the masterful creature that can "cut the sky in two" with the "perfectly aerodynamic profile of a raindrop," as she so incisively puts it. In talon-sharp prose she explores the spell the falcon has had over her and, by extension, all of us, whether we've seen them "through binoculars, framed on gallery walls, versified by poets, flown as hunting birds, through Manhattan windows, sewn on flags, stamped on badges, or winnowing through the clouds over abandoned arctic radar stations." Macdonald dives through centuries and careens around the globe to tell the story of the falcon as it has flown in the wild skies of the natural world and those of our imagination. Mixing history, myth, and legend, she explores the long history of the sport of falconry in many human cultures-from Japan to Abu Dhabi to Oxford; she analyzes the falcon's talismanic power as a symbol in art, politics, and business; and she addresses the ways we have both endangered and protected it. Along the way we discover how falcons were mobilized in secret military projects; their links with espionage, the Third Reich, the Holy Roman Empire, and space programs; and how they have figured in countless stories of heroism and, of course, the erotic. Best of all, Macdonald has given us something fresh: a new introduction that draws on all her experience to even further invigorate her cherished subject. The result is a deeply informed book written with the same astonishing lyrical grace that has captivated readers and had everyone talking about this writer-cum-falconer.