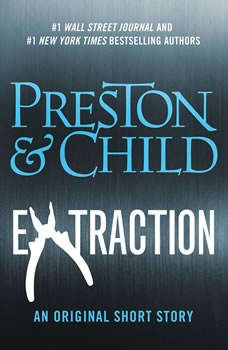 From #1 New York Times bestselling authors Preston & Child, an all-new short story featuring Agent Pendergast, available only as an ebook and audio download. In New Orleans' French Quarter, the Tooth Fairy isn't a benevolent sprite who slips money under your pillow at night....he's a mysterious old recluse who must be appeased with teeth--lest he extract retribution. When young Diogenes Pendergast loses a tooth, however, his skeptical older brother Aloysius is determined to put the legend to the test...with dire consequences.

The Monster of Florence
by Douglas Preston

BY THE AUTHOR OF THE #1 NEW YORK TIMES BESTSELLER THE LOST CITY OF THE MONKEY GOD In the nonfiction tradition of John Berendt's Midnight in the Garden of Good and Evil and Erik Larson's The Devil in the White City, Douglas Preston presents a...