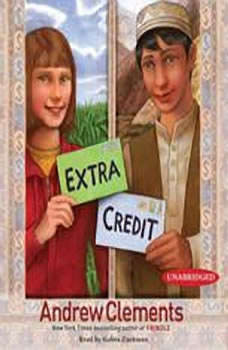 It isn't that Abby Carson can't do her schoolwork, it's just that she doesn't like doing it. And that means she's pretty much failing sixth grade. When a warning letter is sent home, Abby realizes that all her slacking off could cause her to be held back -- for real! Unless she wants to repeat the sixth grade, she'll have to meet some specific conditions, including taking on an extra-credit project: find a pen pal in a foreign country. Simple enough (even for a girl who hates homework). Abby's first letter arrives at a small school in Afghanistan, and Sadeed Bayat is chosen to be her pen pal....Well, kind of. He is the best writer, but he is also a boy, and in his village it is not appropriate for a boy to correspond with a girl. So his younger sister dictates and signs the letter. Until Sadeed decides what his sister is telling Abby isn't what he'd like Abby to know. As letters flow back and forth between Illinois and Afghanistan, Abby and Sadeed discover that their letters are crossing more than an ocean. They are crossing a huge cultural divide and a minefield of different lifestyles and traditions. Their growing friendship is also becoming a growing problem for both communities, and some people are not happy. Suddenly things are not so simple.