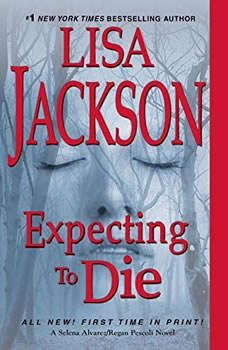 The menacing woods of Grizzly Falls, Montana, are not for the faint of heart. But for some, they’re the perfect setting for partying and pranks. They don’t know there’s a rapt audience amid the tangled trees, a killer with a different kind of game in mind, for whom the woods are dark and deep—and perfectly deadly…Some places earn their bad reputation through tall tales or chance. Grizzly Falls is different. Here, killers aren’t just the stuff of legends and campfire lore. Someone is in the nighttime shadows, watching the local teens play around in the moonlit woods. Waiting for the right moment, the right victim. Waiting to take away a life.Detective Regan Pescoli is counting the days until her maternity leave. Exhausted and emotional, the last thing she needs is another suspected serial killer. Especially when her daughter, Bianca, is swept up in the media storm. When a reality show arrives in town, the chaos only makes it harder for Pescoli and her partner, Selena Alvarez, to distinguish rumor from truth.Another body is found…and another. And as the nightmare strikes closer to home, Pescoli races to find the terror lingering in the darkness, where there are too many places to hide…and countless places to die…