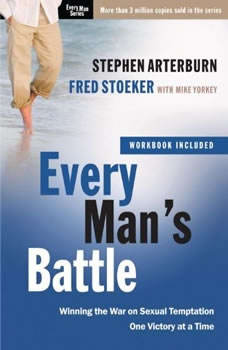 Every Man's Battle: Winning the War on Sexual Temptation One Victory at a Time

The challenge every man faces...the fight every man can win!

From movies and television, to print media and the Internet, men are constantly faced with the assault of sensual images. It is impossible to avoid such temptations... but, thankfully, not impossible to confront them and gain victory over them!

Millions have found Every Man's Battle the single greatest resource for overcoming the struggle and remaining strong in the face of temptation. With extensive updates for a new generation, this phenomenal bestseller shares the stories of dozens who have escaped the trap of sexual immorality and presents a practical, detailed plan for any man who desires sexual integrity.