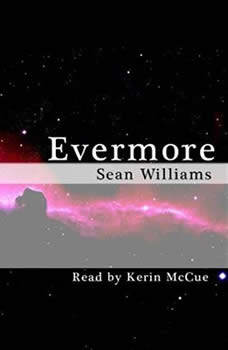 "We must all hang together," Benjamin Franklin is reported to have said to his revolutionary peers, "or we will assuredly all hang separately." This is a sentiment that's even more appropriate, and more urgent, when you're lost between the stars in a crippled and out-of-control ship, your shipmates aren't talking to each other (and haven't for thousands of years), and you don't really exist in the first place. Such is the case in Sean Williams' Evermore. This story was chosen for inclusion in the Seventeenth Annual Collection of The Year's Best Science Fiction.