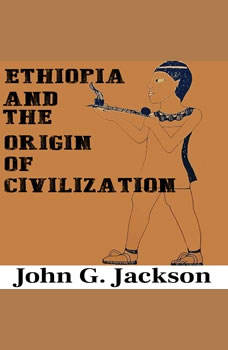 Ethiopia and the Origin of Civilization

This essay is an effort to highlight the influence of Ethiopia in the history of Civilization. It also devotes consider time to suggesting that Ethiopia’s contribution has been either misunderstood or intentionally ignored by mainstream historians and scholars. Jackson culls research from Archaeology, Comparative Religion, History and Classical Antiquity to propose that contributions from Ethiopia were at the forefront of many of the developments later taken credit for by “White” scholars.

Pagan Origins of the Christ Myth
by John G Jackson

In this pamphlet Jackson sources the pagan origins of Christian doctrine with particular focus on the creation and atonement myths. Rooted in historical facts, Jackson's claims are steeped in research and demonstrate how Christianity synthesizes the...

The generation into which each person is born, the demographic composition of that cohort, and its relation to those born at the same time in other places influences not only a person's life chances, but also the economic and political structures wi...

Confessions of an Old Man
by Munir Moon

The future is being stolen from the millennial generation. Baby boomers have much to answer for: a legacy of economic instability, poor job growth, and an environmental disregard. Confessions of an Old Man is a statement of collective guilt that pla...