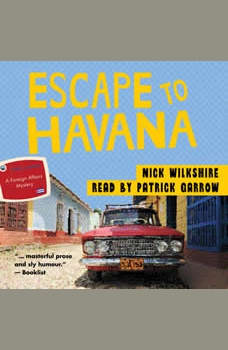 For Charlie Hillier, a posting to Cuba could be the perfect place to start his new life — if he survives it.

With his career stalled and the office abuzz about his soon-to-be-ex-wife’s indiscretions, Ottawa bureaucrat Charlie Hillier is desperate for a change. So when the chance at a posting to the Canadian embassy in Havana comes up, he jumps at it, grateful to get as far away as he can from his ex and his dead-end job at Foreign Affairs headquarters.

At first, exotic Havana seems just the place to bury his past and start anew, but he didn’t count on finding a couple of kilos of cocaine under his bedroom floor, the kidnapping of a fellow diplomat, or the unsettling connection he uncovers between the former occupant of his house and a Colombian drug-runner. Before long, Charlie’s only concern is whether he’ll survive his posting at all.