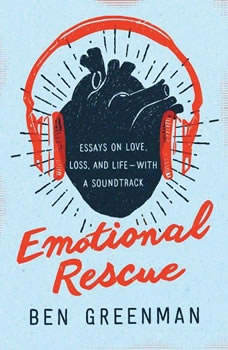 Emotional Rescue: Essays on Love, Loss, and Life--With a Soundtrack

What songs have made up your life’s soundtrack? Which have captured your every mood and deepest sentiments? Pop music, like no other form of entertainment or art, is capable of articulating our feelings, desires, joy, and pain. In a few soul-grabbing minutes, artists from every genre—from Little Richard to Lou Reed, Willie Nelson to Wu-Tang Clan, Sly and the Family Stone to the Rolling Stones—can help us understand our place in our own lives.This collection of short, sharp essays by New York Times bestselling author Ben Greenman (Mo’ Meta Blues), organized around a thematic playlist of songs, serves as a reminder of the lyrical power of songwriting and the sonic ability of pop to capture the human experience. Greenman’s wit, insight, and honesty are as sweet and satisfying as the hits (and the deep cuts) at the center of each essay.