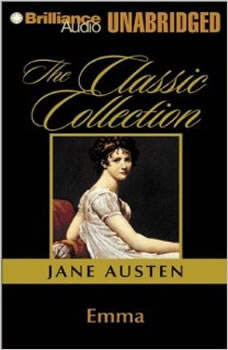 The funny and heartwarming story of a young lady whose zeal, snobbishness, and self-satisfaction lead to several errors in judgmentEmma takes Harriet Smith, a young woman previously unknown to good society, under her wing, scheming for her advancement through an advantageous marriage. Her efforts to find Harriet a suitor occupy all of Emma's time. However, in the midst of her often fumbled attempts, she settles on a most unlikely union with her own constant critic: Mr. Knightly.This novel is part of Brilliance Audio's extensive Classic Collection, bringing you timeless masterpieces that you and your family are sure to love.