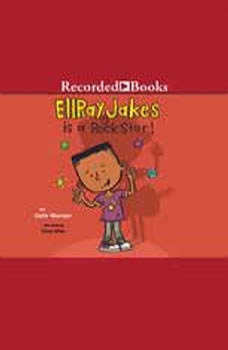 Ellray Jakes Is a Rock Star

All the boys in EllRay's third-grade class have something they can brag about. Corey's on the swim team, Kevin is super tall, Jared's dad has an ATV. But EllRay's dad is a geologist - not much to brag about. After all, rocks are boring. Then EllRay sees the crystals in his dad's office, and they are really cool looking. If EllRay just "borrows" them to show his classmates, he knows they'd be impressed. And his dad will never have to know. It's a perfect plan . . . until things go awry.