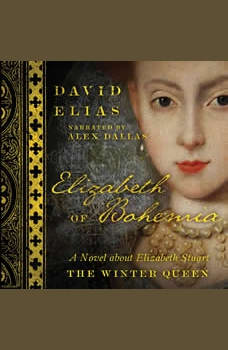 Elizabeth of Bohemia: A Novel about Elizabeth Stuart, the Winter Queen

A sweeping, cinematic novel about the life of the Winter Queen, Elizabeth Stuart

October 1612. King James I is looking to expand England’s influence in Europe, especially among the Protestants. He invites Prince Frederic of the Palatinate to London and offers him his 16-year-old daughter Elizabeth’s hand in marriage. The fierce and intelligent Elizabeth moves to Heidelberg Castle, Frederic’s ancestral home, where she is favored with whatever she desires, and the couple begins their family. Amid much turmoil, the Hapsburg emperor is weakened, and with help from Bohemian rebels, Frederic takes over royal duties in Prague. Thus, Elizabeth becomes the Queen of Bohemia. But their reign is brief. Within the year, Catholic Europe unites to take back the Hapsburg throne. Defeated at the Battle of White Mountain, Frederic, Elizabeth, and their children are forced into exile for a much-reduced life in The Hague. Despite tumultuous seasons of separation and heartache, the Winter Queen makes every effort to keep her family intact.

Written with cinematic flair, this historical novel brings in key figures such as Shakespeare and Descartes as it recreates the drama and intrigue of 17th-century England and the Continent. Elizabeth’s children included Rupert of the Rhine and Sophia of Hanover, from whom the Hanoverian line descended to the present Queen Elizabeth II.

A Man of Honor, or Horatio's Confessions
by J. A. Nelson

How far would you go to keep a deathbed promise?Surrounded by the bodies of slain monarchs, a dying prince extracts a promise from his friend, Horatio: “Tell my story.” Rival kings of warring nations strive to lay claim to the throne, no...