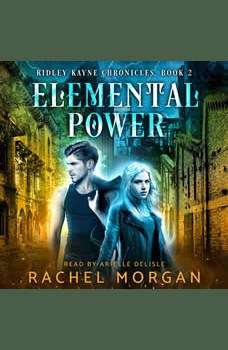 There are others with magic just like hers. Those who are also hunted by the Shadow Society.

With Archer’s help, Ridley sets out to find the other elementals living in Lumina City.

They’ll have to be careful not to draw the attention of the Shadow Society or the law—or Ridley’s dad, who would prefer she stay away from those with illegal magic like hers.

So Ridley does whatever she can to pretend life is back to normal.

Until the night her magic is discovered.

Continue the pulse-pounding journey through a dystopian urban fantasy world!