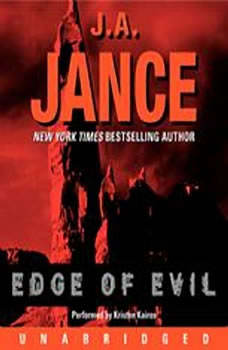 The end of her high-profile broadcasting career came too soon for TV journalist Alison Reynolds—bounced off the air by executives who wanted a "younger face." With a divorce from her cheating husband of ten years also pending, there is nothing keeping her in L.A. any longer. Cut loose from her moorings, Ali is summoned back home to Sedona, Arizona, by the death of a childhood friend. Once there she seeks solace in the comforting rhythms of her parents' diner, the Sugarloaf Café, and launches an on-line blog as therapy for others who have been similarly cut loose.But when threatening posts begin appearing, Ali finds out that running a blog is far more up-close and personal than sitting behind a news desk. And far more dangerous. Suddenly something dark and deadly is swirling around her life . . . and a killer may be hunting her next.

This is the first book I ever read from the author, but it certainly be the last. I stayed up all night to finish this book. Can't wait for her next book.