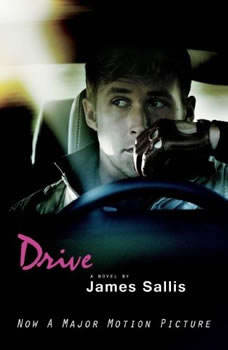 Now a major motion picture starring Ryan Gosling, Carey Mulligan, Bryan Cranston, Christina Hendricks, Ron Perlman, with Oscar Isaac and Albert Brooks in a Nicolas Winding Refn Film. Screenplay by Hossein Amini. Directed by Nicolas Winding Refn. The film won the Award for Best Director at the 2011 Cannes Film Festival "Much later, as he sat with his back against an inside wall of a Motel 6 just north of Phoenix, watching the pool of blood lap toward him, Driver would wonder whether he had made a terrible mistake. Later still, of course, thered be no doubt. But for now Driver is, as they say, in the moment. And the moment includes this blood lapping toward him, the pressure of dawns late light at windows and door, traffic sounds from the interstate nearby, the sound of someone weeping in the next room..." Thus begins Drive, the story of a man who works as a stunt driver by day and a getaway driver by night. He drives, thats alluntil hes doublecrossed. Powerful and stylistically brilliant, Drive has been hailed by critics as the "perfect piece of noir fiction" (New York Times Book Review) and an instant classic.

The quiet Dutch community of Sleepy Hollow lay in the Adirondack mountains on the western shore of the mighty Hudson River in America’s colonial period. The solitude of the woods was breathtaking, and not even a schoolmaster was immune from th...

Michael Flint is the heir hunter of last resort. A forensic genealogist and former clandestine agent specializing in high-end private investigations, he promises clients he can find anyone, anytime, anywhere—dead or alive. Laura Oakwood stands...

New York Times bestselling master J. A. Jance brings back J. P. Beaumont -- one of the most enduring and endearing characters in contemporary fiction -- in a riveting story about a shocking, long-buried case of murder ...After more than twenty years...

After Shock
by CJ Lyons

As head of the FBI’s Sexual Assault Felony Enforcement Squad, Agent Lucy Guardino has made a name for herself bringing the lowest of lowlifes to justice. Rapists, serial killers, pedophiles—she’s faced them all down with her signat...

Burke’s newest client is a woman named Flood, who has the face of an angel, the body of a high-priced stripper, and the skills of a professional executioner. She wants Burke to find a monster for her—so she can kill him with her bare han...

U.S. Navy Lieutenant Steve Craig is in one hell of a mess. Being accused of murder is bad enough, but the local police are convinced he?s killed his own father. Alfred Hitchcock couldn?t have conceived a more diabolical plot for Cary Grant . . . and...

Christmas 1951, Los Angeles: a city where the police are as corrupt as the criminals. Six prisoners are beaten senseless in their cells by cops crazed on alcohol. For the three L. A. P. D. detectives involved, it will expose the guilty secrets on wh...

At the end of an especially raucous day at his neighborhood bar, private eye Leo Waterman is surprised to see his old flame, Rebecca Duval, walk in the door. But King County’s medical examiner is here on business, not pleasure. Two dead bodies...

Epitaph for Emily
by Tim Wohlforth

While at a reading of a Kurt Vonnegut biography, private investigator Jim Wolf senses someone watching him. He catches sight of a young woman, maybe mid-twenties, who is short and has straight, straw-colored blond hair, granny glasses, and freckles....