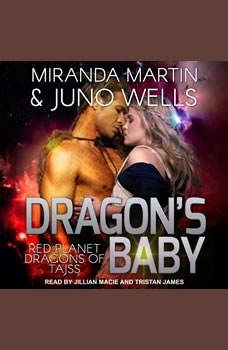 Not every alien is an enemy, even if he kidnaps you . . . Calista is happy with her life of scientific research. She doesn't need love, she has her books, her friends, and her work. Things are fine until her ship is attacked by space pirates and crash lands on a desert planet with heat so intense she and her friends can't survive without help. Ladon is a Zmaj warrior resigned to a life alone, who only desires to protect his treasures. His hopes for a mate faded long ago, yet when he meets Calista something stirs. It takes only one look to know that she belongs to him. He's been alone for so long, but she is the ultimate treasure and he will protect her. Now there's only the small problem of her living long enough to understand. A devastated planet, a mysterious history, space pirates, and threats environmental and alien beset them on all sides. The sexy Zmaj warrior will have to battle the planet's ultimate threat in an epic effort to obtain the one thing he knows Calista needs to survive. But will the other humans accept this huge and alien-looking dragon warrior? Or will they find him just as big a threat as the rest of the red planet? The future of both their races depends on it. Contains mature themes.