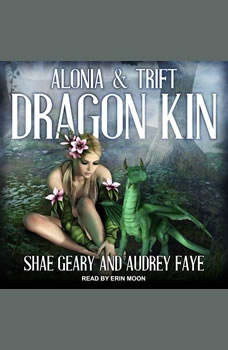 Sometimes being silly can be deadly serious. Alonia is the kind of elf who wears a pretty dress to go gathering in the forest just because it makes her happy. And it seems to work. It gathers her a dragon, one who likes to be silly and moon over cute boys just like she does. Which is all fine and good until they turn the weapon's master's sword into . . . well, I can't tell you. That would be a spoiler.