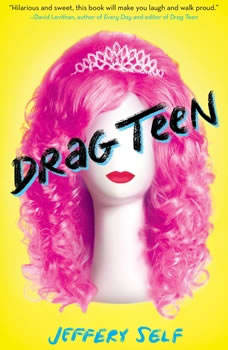 A fantastic, fabulous, funny YA debut from Jeffery Self, one of the gay icons of the YouTube generation, that follows one high school student on a drag race to his future. Debut author Jeffery Self takes us on a road trip with an insecure high school senior who was one goal: to be the first in his family to leave Clearwater, Florida, and go to college. The problem is, he has zero means of paying for school -- until his friends convince him to compete in a drag teen competition for a college scholarship.