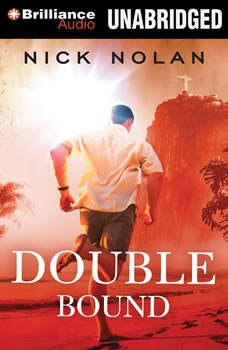 2007 Reader Views Readers Choice Award Winner in Gay & Lesbian Fiction2007 ForeWord Magazine Book of the Year Award Winner in Gay & Lesbian FictionNick Nolan’s Double Bound reunites us with many of the characters introduced in his delightful Strings Attached: Jeremy, now in a committed relationship with fun-loving, hotheaded Carlo; Arthur, Jeremy’s protector, confidant, and mentor; and Katharine, Jeremy’s wealthy benefactress, still hiding a slew of secrets and hidden agendas. This sequel displays the same wit, verve, style, and sense of adventure that were so engaging and fresh in Strings Attached. And where Strings Attached playfully alluded to Pinocchio, Double Bound has fun with the Jack and the Beanstalk fable.Just as Strings Attached was Jeremy’s story, Double Bound is Arthur’s, exploring his troubled relationship with disapproving parents and his precarious years as a troubled Marine. However, there’s an added element this time out—the stakes are higher, the repercussions more dire, and the choices harder and more consequential. There is a darker feel to this novel, which not only adds depth to the characters but highlights Mr. Nolan’s growth and confidence as a storyteller. We’ve moved beyond high school concerns into real-world choices, where outcomes are not always tied up in neat "happily ever after" packages.