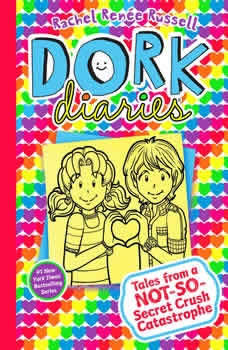 Nikki Maxwell’s adventures continue in the twelfth installment in the blockbuster #1 New York Times bestselling Dork Diaries series!In Nikki Maxwell’s newest diary, it’s the countdown to the end of the school year, and Nikki’s juggling some big questions about how she’ll spend her summer. She’s also facing an unexpected crush catastrophe—there’s a new kid interested in Nikki, but the last thing she wants to do is accidentally hurt Brandon! It all comes down to a big decision Nikki has to make, and drama like she’s never faced before!