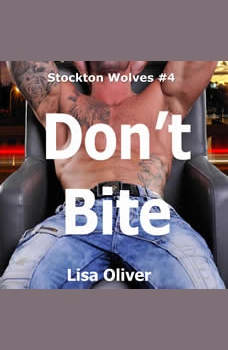 Trent Summers keeps a smile on his face, even though he feels like he's dying inside. Since he was horribly knifed by a killer bear he's had trouble with anxiety and panic attacks. Knowing most of his friends are shifters and immune to such things doesn't help. Mace's mating with Roan gives him some hope, but a mate of his own is just a pipe dream. In the meantime, he has to put aside his fears and help his friends find rogue vampires - not exactly a cure for stress.

Prince Alexi Vandermot is getting more than a little pissed off at his coven leader. There are rogue vampires in town and he's ready to hunt them down. The problem is, his cousin keeps saying no. Things aren't improved when the police come to call, bringing a consultant with them. Shifters are one thing, but Alexi is floored to find the consultant is his mate...human, scared and straight.

Claiming a mate is one thing; keeping him safe is another. When the rogues are found to have family ties to the coven and one of them fancies a bite out of Trent, the coven and the pack have to work together to make sure the body count doesn't get any higher. When problems start to erupt inside of the coven as well, Alexi wonders if he'll ever have any time to get to know his anxious mate.

Warning: This book is M/M, contains graphic content and coarse language. Trent suffers from panic attacks which some people might find a trigger and keep an eye on Kalel; he's taken to stealing hats.