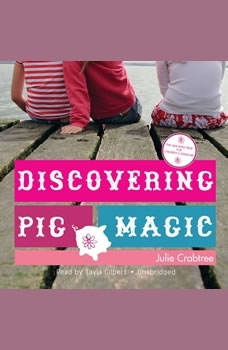 Mattie, Ariel, and Nicki are fast friends facing the pitfalls of life at thirteen. Mattie’s kitschy pig collection and agoraphobic mother might completely derail her social life. Ariel’s attempts to follow in Rachel Ray’s culinary footsteps have landed her in hot water. And Nicki is carrying a secret that threatens to cut her off from her best friends. After discovering a mysterious book of spells and performing a ritual, the girls leave their troubles far behind—or so they think. Julie Crabtree’s wonderfully funny novel captures the everyday lives of three quirky, engaging girls, and shows that some wishes may be better left unfulfilled. Milkweed Prize for Children's Literature.