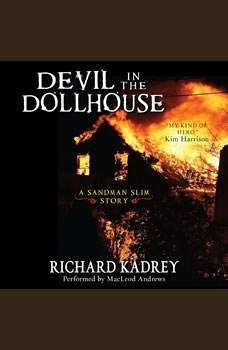 Devil in the Dollhouse: A Sandman Slim Story

James Stark, a.k.a. Sandman Slim, has a new job, but being the new Lucifer in town gives fresh meaning to the word "Hell." Especially when he hears of hideous massacres near a haunted fortress out on Hell's frontier.As far as Stark's concerned, the more dead Hellions, the better, but he still has to prove that no one screws with Sandman Slim. And facing creatures so terrible even Hell does not want them is no cakewalk, even for Lucifer.