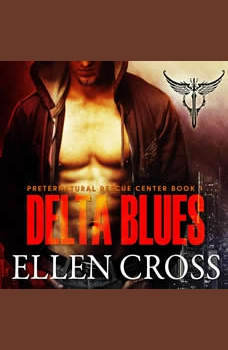 In a World where the Alpha are the law, Beta the order, and Omega the knowledge…the Delta have become the oppressed.

The night of Samhain is fast approaching, and for that one night a year, Gray and the last remaining Dire Wolves—amongst others—are entrusted with the protection of the veil between worlds, while it’s at its thinnest. Add in the threat of a new drug on the market, and they’ll have to work twice as hard to keep everyone safe. The last thing he needs is a sexy little Delta to save.

As a lowly Delta, Red Wolf shifter Ryan has never known peace. Cast away and unwanted, he is quickly taken captive and trained as a dancer at The Howling, a strip club in the worst part of Praeter. Hungry, abused, and kept in a drug-induced fog, his life is nothing. He is nothing but the orders and twisted demands of his captor. All that changes when he catches the scent of a wolf in the crowd.

Long ebony hair, eyes that can’t decide if they’re green or blue as they follow him on stage. Unable to stop himself, Ryan does the one thing guaranteed to earn him punishment. He touches the other wolf. Peace. For those few brief moments, the hunger, the pain, the torment…all gone. The price to feel that respite again, though, could very well be his life.