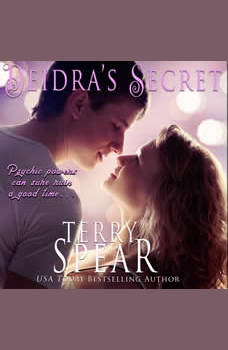 When Deidre Roux has premonitions of danger, watch out! Faced with thwarting bank robbers and protecting others from the high school bully, she must reveal her secret to her new friend, Mark Cummings. Can she convince him that she truly sees a world of imminent danger headed their way before it's too late? Not only must Mark deal with Deidre's premonitions, which he has a hard time believing, but his convicted uncle has returned home.

Humor, suspense, and conflict rule the day as Deidre's crazy aunt tries to do a true crime story on Mark's uncle. Deidre attempts to keep her aunt out of it before she gets mixed up in the much darker business of robberies and murder-her own, if she's not careful.