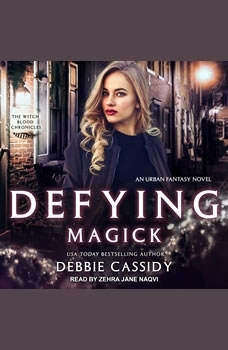 Death comes in many packages, and sometimes it comes in several at the same time . . . Carmella's obligation to the djinn is over, so why does the world feel a little bleaker? There's barely time to ponder before a horrific massacre leaves her in charge of her first case with the IEPEU. Under the watchful eye of the organization's top investigator, and with the help of her friends, Carmella must uncover the identity of the supernatural creatures behind the attack and expose the person pulling their strings. If that wasn't enough, her asura power chooses this case to surge to the surface. Now Carmella must quickly learn to master a force bigger than she could ever have anticipated. Because Carmella is on a hit list, and the person that wants her dead will do anything to uncover her weaknesses, except this time Carmella won't be taken by surprise. This time she's not going down without a fight.