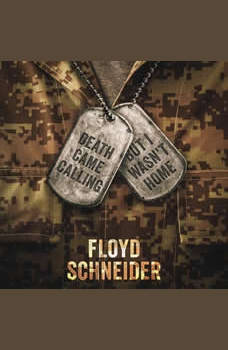 His question brought me back to consciousness. "Uh, no, at least I don't think so." I felt something sticky under my shirt. I reached inside my shirt, and my hand came out soaked in blood. The only thought that went through my mind was, "This is my blood on the outside of my body. This is not good."

I joined the Army because I wanted freedom. My high school principal told me that I needed to grow up. We arrived in Vietnam on Dec. 15, and on Christmas day 1967, I grew up. A "training mission" turned into a full-scale firefight. Surrounded by killing and death, I had no time to reflect on my expectations of combat. We searched the bodies of those we had killed for any traces of information about their units. We treated our wounded. We put our dead on helicopters, and we returned to base as "experienced" combat soldiers.

Why did I survive, and others did not? Although I puzzled over that question, it became clear that my job in combat, as a squad leader, was just to stay alive, keep my men alive, and kill the enemy. If I died in the process, so be it. I just didn't want my mother to suffer the loss of her only child.

Floyd Schneider received four Purple Hearts, three in one day. He also received an Army Commendation Medal with V for valor. While his squad was under fire and he was wounded, he rescued three of his wounded men and continued to direct his squad.