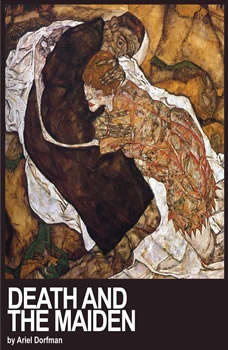 Death and the Maiden

"Generally, it's the tortured who turn into torturers." Carl Gustav Jung Suspense mounts when Paulina and her husband offer hospitality to a stranger. Paulina thinks she recognizes, in their guest, the man who tortured her in prison, and she subsequently takes him hostage to find out the truth. A stunningly blunt and compelling play, Death and the Maiden explores brilliantly the issues of torture, power, vulnerability, ethics, and trust. An award-winning play by Chilean writer Ariel Dorfman, forced into exile in 1973. An L.A. Theatre Works full-cast performance featuring John Kapelos, John Mahoney, Carolyn Seymour and Kristoffer Tabori.