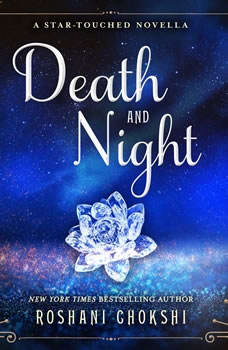 Death and Night: A Star-Touched Novella

Before The Star-Touched Queen there was only Death and Night.He was Lord of Death, cursed never to love. She was Night incarnate, destined to stay alone. After a chance meeting, they wonder if, perhaps, they could be meant for more. But danger crouches in their paths, and the choices they make will set them on a journey that will span lifetimes. Discover how Maya and Amar first met and fell in love.