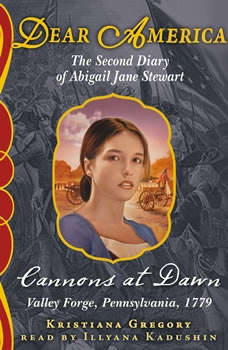 We join Abigail Stewart half a year after The Winter of Red Snow ended, in January of 1779. Her father has enlisted in the Continental Army, and when a devastating fire destroys Abby's home, she, her mother, and siblings must make their way to Philadelphia, then on to the Continental Army camp to be near Abby's father. The winters are brutally cold, food is scarce, and the anguish of war is ever present. But not all is desperate. Abby meets many new friends, including a young soldier named Willie Campbell. As romance blooms, Abby wonders if the war will ever end.