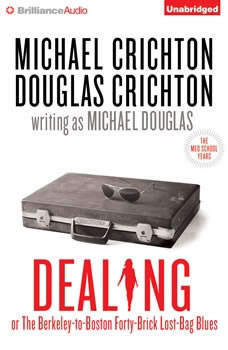 To rescue his girlfriend, a weed dealer scraps for a score.The suitcase looks like a standard weekend bag. But like the man who carries it, it isn’t what it seems. Lined with tinfoil to mask the smell, it is a smuggler’s bag and will soon be filled to the brim with marijuana bricks.The smuggler is a Harvard student who has come to California to make his fortune. He hopes to score not just with his connection but with his new girlfriend, a Golden State beauty with an appetite for fine weed. When the deal goes south, she takes the fall, and a crooked FBI agent swipes half the stash. To free his girl, this pothead will have to make the deal of a lifetime.