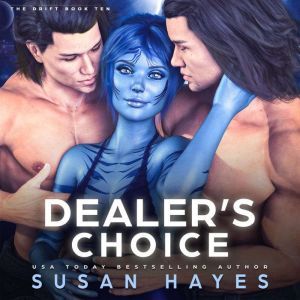 One bad decision plunged cyborg batch-brothers Victor and Ward into a nightmare they barely survived. Now, they're reclaiming their lives and trying to move forward, but it's a battle they can't win alone. Helping them let go of the past is a beautiful doctor with a soft heart and hard rules about never getting involved with her patients.

Dr. Xori Virness is everything an unmated Pheran female isn't supposed to be - independent, determined, and light years away from her home and family. Her life was just the way she wanted it. Then, two dark and dangerous men with battle-scarred psyches flew into her orbit, laying waste to her plans and tempting her to break her own rules.

When old enemies return with a new target, the brothers will have to make a choice. Surrender to the past, or fight for their future.