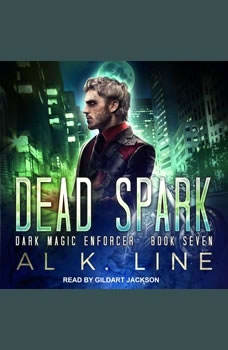 The zombie venom entered my bloodstream, the Council HQ was ready to blow, and I was tapped out of magic. With the hunger already on me, wyrmlings closing in, and my body shutting down, I was almost defeated. But where there's life, there's hope. I had a family, I had friends, and I had the chance at a future. All I had to do was find a cure before I became one of the undead, destroy the maniacs after me and my boss, and life would be peachy, right? Wrong. The need to feed becomes irresistible, family get dragged into my mess, and then a new set of problems present themselves that test me to my limits, and beyond. I gotta admit, I'm this close to just jacking it all in and letting this infection win. At least then there will be peace. No pain. No hurt. No disappointment. Hi, I'm Faz Pound, and I'm having a bad life.