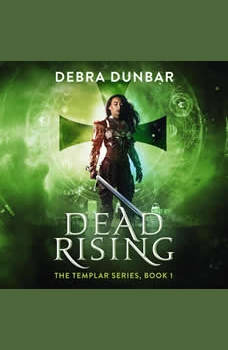 Solaria Ainsworth was born a Templar, destined to take up the mantle of responsibility and duty as her family’s Order had done for hundreds of years.

Except she refuses to take her Oath of Knighthood.

Barely making ends meet in Baltimore, Aria finds it difficult to obtain gainful employment with no work experience and skills in jousting and swordsmanship. Just before she’s served an eviction notice, the Mistress of the local vampire family offers her a job—to research a magical symbol. It’s an easy task for a woman who has spent every moment of her life either in armor or with her nose in ancient manuscripts. The money’s good, and the seven day deadline should be no problem.

But when her research reveals a sordid connection between the vampires and a mass murder, Aria needs to decide who is in the right and worthy of her protection. Modern Templars believe only God should judge, but Aria must do exactly that or watch the Baltimore streets run red with blood.