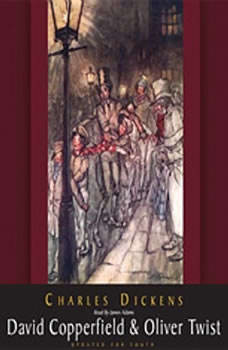 In the preface to the 1867 Charles Dickens edition of the beloved masterpiece, he wrote, "… like many fond parents, I have in my heart of hearts a favorite child. And his name is David Copperfield." The author’s most autobiographical work, along with his social-reform inspiring classic, Oliver Twist, is faithfully adapted for young listeners in this wonderfully narrated presentation of two timeless Dickens tales.