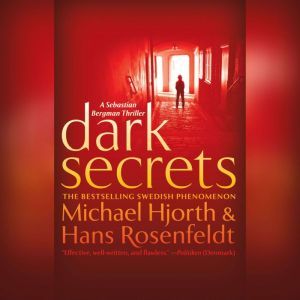 This book was published in the United Kingdom under the title Sebastian Bergman. It all begins with a call to the police. A sixteen-year-old boy, Roger Eriksson, has gone missing in the town of VA¤sterA¥s. A search is organized and a group of young scouts makes an awful discovery in a marsh: Roger is dead.Meanwhile, Sebastian Bergman, psychologist, criminal profiler and one of Sweden's top experts on serial killers, is in VA¤sterA¥s to settle his mother's estate following her death. Sebastian has withdrawn from police work after the death of his wife and daughter in the 2004 tsunami.When the Crime Investigation Department asks Sebastian for his help in Roger's case, his arrogant manner at first alienates the rest of the team. Pushing forward, though, they begin to make disturbing discoveries about the private school Roger attended....