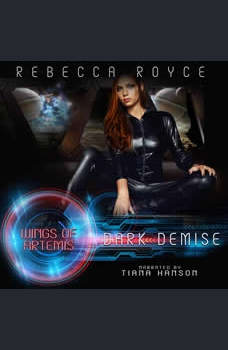 Waverly Sandler is nothing like her mad father. She’s a nurse. She takes care of people. She is fighting to live down her name. She’s also a sister, a friend, and someday, if the universe is kind, she hopes to be a lover and a wife.

Life at The Farm is one of constant activity, because freedom exacts a high price. When Waverly is tapped for a special assignment, she’s eager to rise to the task of being useful, but the last thing she expected was the attention of four of the strongest, most united group of men she’s ever met.

Ari, the doctor who sees things.

Jackson, the man determined to live down his past.

Rohan, the Super Soldier who longs to be a person.

Canyon, the Super Soldier who sees the possibilities of a better life.

They need her more than she could ever know, and will change her life in ways she could never anticipate.

All they have to do is survive war, disease, and time…