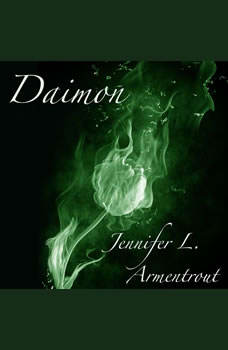 Daimon: The Prequel to Half-Blood

"Love in my world usually ended up with someone hearing 'I smite thee!' as she was cursed to be some lame flower for the rest of her life." For three years, Alexandria has lived among mortals—pretending to be like them and trying to forget the duty she'd been trained to fulfill as a child of a mortal and a demigod. At seventeen, she's pretty much accepted that she's a freak by mortal standards . . . and that she'll never be prepared for that duty. According to her mother, that's a good thing. But as every descendant of the gods knows, Fate has a way of rearing her ugly head. A horrifying attack forces Alex to flee Miami and try to find her way back to the very place her mother had warned her she should never return—the Covenant. Every step that brings her closer to safety is one more step toward death . . . because she's being hunted by the very creatures she'd once trained to kill. The daimons have found her.

When Newbery Medal winner Neil Gaiman and Emmy Award winner Michael Reaves teamed up, they created the bestselling YA novel InterWorld. InterWorld tells the story of Joey Harker, a very average kid who discovers that his world is only one of a...