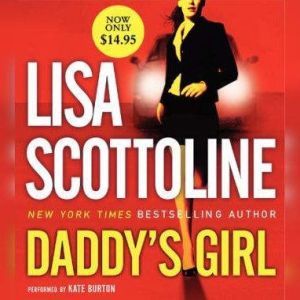 Natalie Greco loves being a law professor, even though she secretly feels like Faculty Comic Relief. She loves her family, too, but as a bookworm, doesn't quite fit into the cult of Greco football, headed by her father, the team captain. The one person whom she feels most connected to is her colleague Angus Holt, a guy with a brilliant mind, gorgeous façade, and a penchant for helping those less fortunate. When he talks Nat into teaching a class at a local prison, her world turns upside down. A violent prison riot breaks out during the class, and in the chaos, Nat rushes to help a grievously injured guard. Before he dies, he asks her to deliver a cryptic message: "Tell my wife it's under the floor."Plunged into a nightmare, Nat suddenly finds herself suspected of a brutal murder and encounters threats to her life. Now, not only are the cops after her, but ruthless killers are desperate to keep her from exposing their secret. In the meantime, she gets dangerously close to Angus, shaking her dedication to her safe boyfriend.With her love life in jeopardy, her career in the balance, and her life on the line, Nat must rely on her resources, her intelligence, and her courage. Forced into hiding to stay alive, she sets out to save herself by deciphering the puzzle behind the dead guard's last words...and learns the secret behind the greatest puzzle of all—herself.Filled with the ingenious twists, pulse-pounding narrative drive, and dynamic, flesh-and-blood characters, Daddy's Girl is another wild, entertaining ride from the addictively readable Lisa Scottoline.

I was pleased with this one of course I love all of Lisa's books they are all interesting and hold my interest.