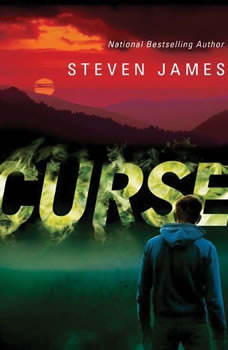 Don’t miss this intriguing and climactic conclusion to the Blur Trilogy.As Daniel Byers prepares to attend a basketball camp before his senior year of high school, the terrifying blurs that’ve plagued him for the last nine months return.Dark images begin to haunt him—creatures crawling from the deepest pits of his nightmares, glimmers of chilling memories from his early childhood. But before he can unearth the meaning behind his mysterious hallucinations, Daniel must team up with two other extraordinary teens to save a young woman who has been abducted by a scientist obsessed with enacting his own warped form of justice.This atmospheric mystery picks up where Fury left off and takes readers into the uncharted regions where reality and madness intertwine.

The supernatural never sleeps in Babysitting Nightmares: The Phantom Hour, the second audiobook in Kat Shepherd's spooky middle grade series!Clio has already had one brush with the paranormal, and she’s dead set on making it her last. Bu...

Got chills? Babysitting can be a real nightmare in this spooky middle grade series!For Rebecca Chin, babysitting has always been fun. But one night, a thunderstorm knocks the power out while she’s watching baby Kyle, and creepy things begin to...

My Sister the Vampire #2: Fangtastic!
by Sienna Mercer

Don't miss this fun tween vampire series, featuring regular girl Olivia and goth girl Ivy!Olivia is a vegetarian. Ivy is a vampire. And they're twins?!?Ever since Olivia discovered that her long-lost twin sister, Ivy, is a vampire, she's been s...

My Sister the Vampire #4: Vampalicious!
by Sienna Mercer

Ivy and Olivia can't lose each other again!Even though twin sisters Ivy and Olivia, separated at birth, have only been reunited for a few months, they can't imagine life without each other. But Mr. Vega has decided to move to Europe—and he's t...

When Link joined his best friend, Ethan Wate, on a quest through a mysterious network of underground passageways endlessly crisscrossing the South, he knew the journey would be dangerous. But returning home to Gatlin, South Carolina was just the be...

Ghosthunters and the Totally Moldy Baroness!
by Cornelia Funke

Horrifying things are happening at Gloomsburg Castle. To begin with, the creepy place is crawling with Tiny Biting Ghosts (or “TIBIGs,” in official ghosthunter code). And now it appears as if the murderous spirit of a brutal Baroness has...

Warren the 13th and the Whispering Woods
by Tania del Rio

This sequel to Warren the 13th and the All-Seeing Eye begins soon after the first book’s conclusion. Twelve-year-old Warren has learned that his beloved hotel can walk, and now it’s ferrying guests around the countryside, transporting to...